After my last track day last year I knew I needed new pads - my pad warning light coming on simply reinforced that fact - but I put it off because I knew I wanted to take care of my entire braking system at once: pads, rotors and lines at all four corners, plus parking brake shoes, new fluid and a stud conversion while I had the wheels off. After a prolonged period of beer flu cabin fever I decided to pull the trigger and get all the stuff so I could stop worrying about losing the ability to stop and be ready to run an HPDE at a moment's notice (once I buy a set of track only pads, the whole single-pad idea ate my rotors something fierce). So I got a set of Condor Speed lines with extended fronts to handle the angle kit I will buy for this car hopefully one day soon. 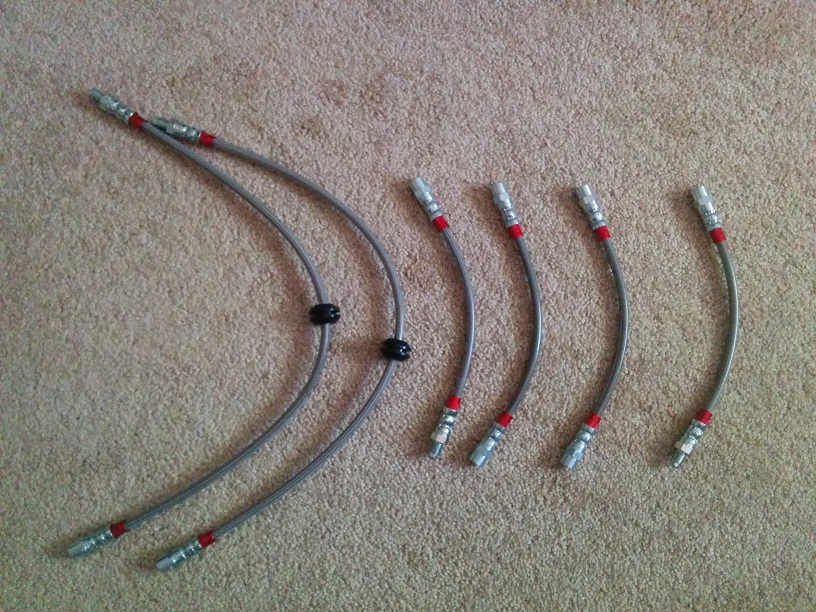 But while I had the lines off the car, I had a thought about all the times I could smell my brakes going through turn 10 at Road Atlanta and figured some form of heat reduction couldn't hurt, so I bought some heat-reflecting tape on a whim in the hopes the subsequent project wouldn't go completely pear-shaped. 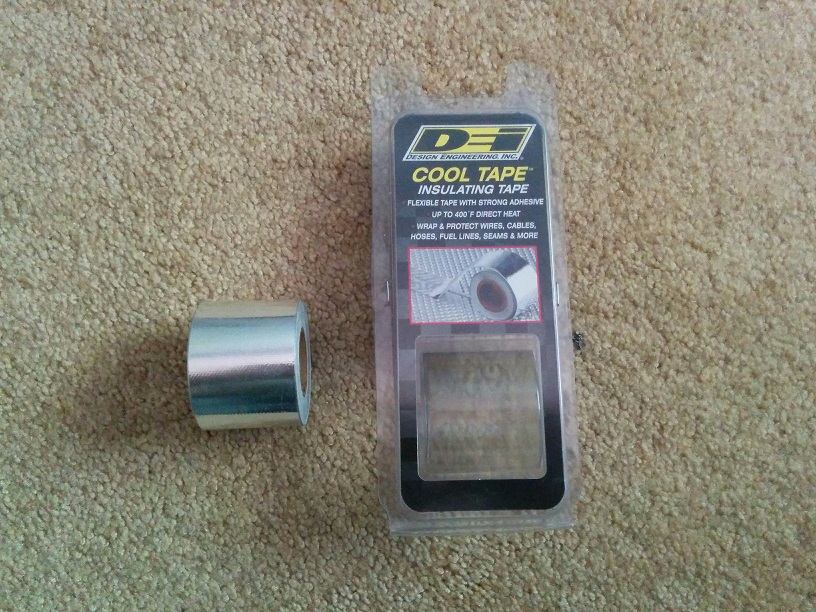 Spoiler alert: my first idea to wrap the lines using two strips to cover the circumference of each line's end and a single unbroken strip coiling around itself for the rest did go completely pear-shaped, and after much fussing I resigned myself to covering the entirety of the lines the way I covered the ends. 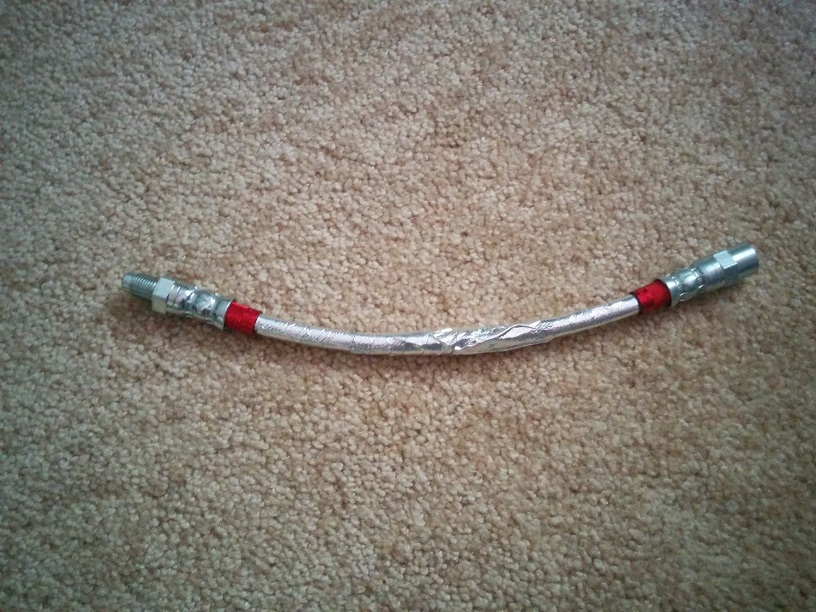 I worked from the outside in - if there wasn't enough space for the last strip in the middle it could overlap the strips on each end and I wouldn't care that much. 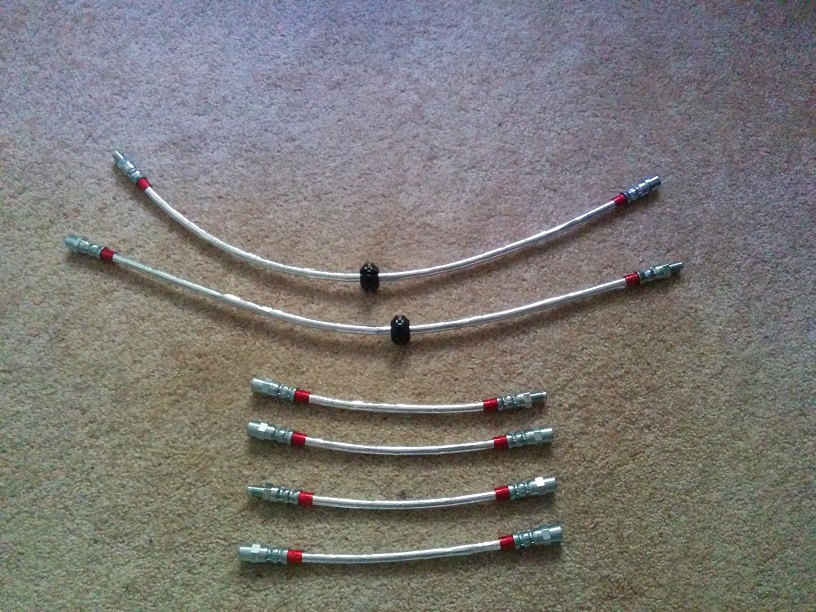 It took a lot longer than I expected it to, but I gotta say the end result looked pretty sharp - then I couldn't remove the front brake lines without rounding off the bolt so I had to take it to a shop to get done, so much for "doing it all myself". Plus I've recently noticed my rear passenger wheel is leaking brake fluid, hopefully that's nothing more than a line to be tightened.