For the past couple years, I've been participating in the championship at my local indoor karting track. It's nothing particularly special - you show up one day a month, pay the fee and get a standard race day experience with two time-based qualifying sessions for placement in a position-based final. I'd had to miss a couple months in 2019 which caused me to finish sixth in points, but I was hoping 2020 would be the year I could make a full commitment - plus this year the track had decided nobody under 18 could race in the adult championship, which meant a couple strong competitors wouldn't be able to race for most of the year and made it more likely that I'd be able to finish the year on the podium.

I started the year strong, managing fourth, third and fifth for the first quarter of the season - good for second place overall, two points ahead of third. After this point the country decided to melt down and close everything. I suppose I'm lucky that the biggest issue for me was whether or not I would continue to compete in the championship when the track reopened - it's not exactly my proudest decision but at only three points ahead of third place and with people I knew would be strong competition running a full season in 2021 I figured this year was my best shot at making a podium. Having decided to roll the dice I kept competing in the championship, usually finishing mid-pack among the fastest racers, either right in front of or right behind my third-place competitor - coming into the October race we were dead even.

At this point I should note that for 2020 the track was running mini-championships where the person who scored the most points every quarter would win a GoPro - I didn't need one as I had a knockoff action camera I already didn't do much with, but I wanted one as proof my second-place standing was due to more than simply showing up every month. I had missed out on winning one in the first quarter, the track was closed for most of the second and the hands-down fastest racer at the track decided to jump into league for the fall to win one himself, so even though my performance as of March suggested I would net a GoPro eventually, coming into October I was still empty-handed and the young talent I was worried about decided to start racing supposedly to get comfortable for next year. The October race ended with an(other) unsatisfying fourth-place finish, thankfully good enough to all-but-guarantee a second-place finish for the season, but I was still two points down on one of the young guns, Anthony, and I didn't know how I was going to make up the difference.

Something happened in November - I'm not entirely sure what, but I think it was a combination of the karts turning to garbage (since our races use the same karts as the general public, there could've been a lot of crashes between October and November) and me somehow becoming some sort of garbage kart whisperer - but despite Anthony holding pole for all of qualifying beforehand, I manage to steal pole on the absolute last lap, nearly matching my personal best. The race itself was uneventful, with me surviving turn 1 and driving away for my first podium since September of 2019 and my first overall win since January of 2019. More importantly, Anthony finished fifth which meant that with my additional point for qualifying on pole I was now three points ahead before the final race for the year.

A three-point gap with one race left in the season sounded great - until I realized how precarious my situation actually was. I was three points ahead, but if Anthony managed to win from pole (which he'd done previously in the season) I would have to finish second to win the GoPro outright - placing third would yield a tie in points, number of podiums and number of first place finishes for the quarter, with his second-place finish in October putting him over the top; if he missed pole but still won I could finish two spots back and still win the GoPro outright. My stomach was churning all throughout November thinking of all the ways I could lose, and as I registered for the last race of the year I hoped one of my other competitors would step up and at least provide some breathing room by keeping Anthony off pole.

To my supreme dejection the rest of my competition was still running off their normal times due to the garbage karts, leaving Anthony on pole after the first qualifying session with a strong time. The second qualifying session was more of the same - karts were slow and traffic was keeping me from getting a clean lap in; I could see the GoPro slipping from my hands.

I wish I could say what changed on the last lap - I've gone over the video multiple times and nothing particularly jumps out - but somehow I managed to reach deep inside myself, pull out the soul of a real racer I didn't know I had and pull out the most clutch lap I've ever made. In a little over 22 seconds I went from starting third - with strong competition in second I'd have to find some way around and strong competition in fourth who would definitely challenge for my position the whole race - to starting on pole with an additional point bump, meaning unless my kart died mid-race and I finished four spots behind Anthony the GoPro was mine.

Thankfully, the heart of the karts was with me. 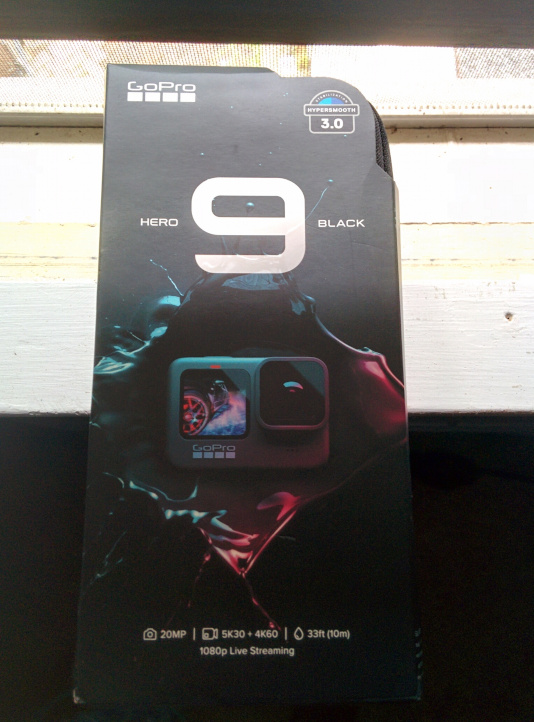 As an epilogue to this story, the track didn't have the camera that day so I'd have to wait until the January championship race to pick it up; when I did they informed all the racers about the end of the mini-championships, and subsequently they were no longer allowing racers to record championship events. So all the anguish and effort I put into winning one was pointless since I had no use for a GoPro anywhere other than at the track. Maybe the real GoPro was all the friends we made along the way.